During the vigil, guest speaker Dohmeher described the nearly fatal attack from her ex-boyfriend, who stabbed her 32 times because she was breaking up with him.

â€œHe said he just wanted a hug,” she recalled. “Itâ€™s all he wanted â€¦ a final goodbye. All he wanted was closure and I basically, you know, walked outside to my murder.â€

Dohmeherâ€™s story has been featured on â€œGood Morning America,â€ â€œ48 Hours,â€ and in the â€œNational Enquirer.â€

SANFORD â€“ You wouldnâ€™t drop off an 11-year-old child at a shopping mall alone and on their own, would you?

Heinzmannâ€™s specialty is Internet crimes against children and he gave an informative and important presentation on the subject during the August meeting of the Seminole Prevention Coalition.

â€œThe Internet is probably the greatest double-edge sword ever,â€ Heinzmann remarked. The global system of computer networks offers a vast array of useful information. But it also contains many dangers, such as child sex predators, who find and groom their victims online.

â€œThese guys are everywhere,â€ said Heinzmann, who added that last year there were about 1,500 computers advertising child pornography in Orange County alone.

The FDLE squad works with the National Center for Missing & Exploited ChildrenÂ® (NCMEC), (link: www.missingkids.com) and is a member of the Internet Crimes Against Children Task Force (link: www.icactaskforce.org), a network of 61 coordinated Task Forces representing more than 3,000 Federal, state and local law enforcement and prosecutorial agencies.

â€œNo one agency can take this on by itself,â€ Heinzmann said. â€œUnfortunately, we are very busy.â€

Also, 1 in 5 girls and 1 in 10 boys will be sexually victimized before
they reach the age of 18. That victimization can range from sexually explicit pictures to sexual battery, and only 1 in 3 victims will come forward.

There are 620,000 registered sex offenders in the United States and 100,000 are non-compliant and/or missing, Heinzmann added. Finally, two thirds of sex offenders in prison victimized children.

The danger areas that parents should beware of are:

Parents should make sure their childrenâ€™s computer screens are visible to them. They should also utilize parental control software, such asÂ Net NannyÂ andÂ WebWatcherÂ for computers, andÂ My Mobile WatchdogÂ for smartphones.

If you suspect your child could be the victim of an Internet pedophile, call your local law enforcement agency. You can also visit Cybertipline.com, which will direct you to an agency in your area, or Missingkids.com. To learn how to teach children to be safe on the Internet visitÂ Netsmartz.org, and go toÂ SecureFlorida.orgÂ for more tips. 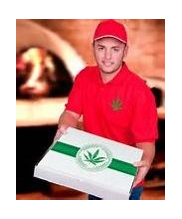 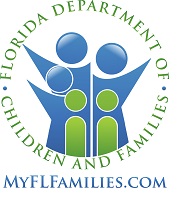 SWAT Stands Up to Big Tobacco

SANFORD, FL â€“ In January, the Seminole Prevention Coalition welcomed a representative from Students Working Against Tobacco (SWAT) to our meeting to discuss Big Tobaccoâ€™s efforts to target kids with ads and flavored tobacco products.

SWAT is Floridaâ€™s statewide youth organization working to mobilize, educate and equip Florida youth to revolt against and de-glamorize Big Tobacco. The organization is open to 6th- to 12th-graders. 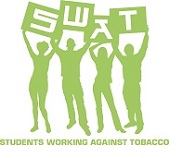 Our guest speaker was Shirley Castillo, of Lake Mary High School, who has been active in SWAT for more than six years. She gave an eye-opening presentation about tobacco marketing.

In 2011, Big Tobacco spent more than $8.37 billion in advertising and promotion, mostly on point of sale ads.

â€œAlmost every tobacco product that they sale is flavored,â€ Shirley said, adding that fruit- and candy-flavored products are aimed at young people in an attempt to replace people who die from smoking.

Later in January, SWAT is scheduled for an educational meeting with Winter Springs City Mayor Charles Lacey to discuss flavored-tobacco issues. A Coalition representative will be on hand for support.

You can learn more about SWAT at www.swatflorida.com and learn how to quit smoking at Tobacco Free Florida at www.tobaccofreeflorida.com

According to NHTSA, in 2011, 9,878 people were killed in alcohol-impaired-driving crashes. These crashes were 31 percent more likely to occur on weekends than on weekdays.

Whether attending the game, watching at a bar or hosting a party, NHTSA, TEAM Coalition, the NFL and the Seminole Prevention Coalition remind everyone that Fans Donâ€™t Let Fans Drive Drunk.Â  Before choosing to drink, choose your teamâ€™s MVP â€“ a sober designated driver. NHTSA offers these additional safety tips:

If youâ€™re attending a Super Bowl party or watching the game at a sports bar or restaurant:

SANFORD, FL â€” The holidays are a time for celebration, visiting with loved ones, and reflecting on the year past and the year ahead. Yet all too often, the holiday spirit is destroyed by the recklessness of a drunk driver.

Thatâ€™s why the Seminole Prevention Coalition is joining with highway safety partners and law enforcement organizations across the country this December to remind everyone that Buzzed Driving is Drunk Driving, and that drinking and driving donâ€™t mix.

Whether youâ€™ve had one or one too many â€” drinking and driving is never worth the risk. If you are going to drink, designate a sober driver before the party starts, and encourage your friends and family to always do the same.

Twenty-nine percent of fatalities during the Decembers of 2007 to 2011 occurred in crashes that involved drivers with blood alcohol concentrations of .08 grams per deciliter or higher.

According to the National Highway Traffic Safety Administration, 760 people died as a result of drunk driving-related crashes during December 2011.

The Seminole Prevention Coalition is encouraging people to take steps to ensure their holiday celebrations donâ€™t end in tragedy.

The holidays should be a time for celebration â€” not tragedy. Help the Seminole Prevention Coalition make Seminole Countyâ€™s roadways safer by never driving after drinking. Remember: Buzzed Driving is Drunk Driving.