TALLAHASSEE, Fla. – With Florida facing an opioid epidemic, a measure aimed at preventing patients from getting addicted to prescription painkillers and then turning to street drugs such as heroin and fentanyl will take effect Sunday.

The bill, in part, will place limits on prescriptions that doctors can write for treatment of acute pain.
Doctors in many cases would be limited to writing prescriptions for three-day supplies, though they could prescribe up to seven-day supplies of controlled substances if “medically necessary.” The bill also requires physicians to check with a statewide database before prescribing or dispensing controlled substances.

John Wilson is the CEO of DISC Village, a treatment facility for those affected by alcohol and drug abuse. He says the new law will go a long way toward addressing the state’s opioid epidemic, which affects every socioeconomic group in Florida.

“I see this as one part of it. There are lots of parts to this epidemic, but this is a critical part in helping get to the bottom of it,” Wilson said.

The new drug law is one of more than 100 in Florida that will take effect July 1.

Each year, the opioid crisis continues to worsen as drug-related deaths continue to rise at an alarming rate. That’s why we have launched the Opioid Texting Program. Text “Opioid” to 898-211 to connect with crucial information and resources.

Heart of Florida United Way’s 2-1-1 Information and Assistance Helpline is taking a leading role in addressing the epidemic because of their expertise in community resources and providing help to those who need it most. The Opioid Texting Program allows someone to anonymously reach out to get information and resources.

By texting “opioid” to 898-211, you can choose from the following options:

Beyond sending vital information, the texting program also provides clients with 130 days of on-going support and affirmations as they make strides towards recovery. According to the 2017 American Journal of Preventive Medicine, text message interventions are capable of producing positive change in preventive health behaviors. Preliminary evidence indicates that these effects can be maintained after the intervention stops.

Opioids are narcotics that are typically prescribed as painkillers. They can be used to treat chronic pain, to deal with post-surgery pain and other similar uses. However, they can become highly addictive as the body builds a tolerance to the medication.  When the brain becomes less responsive to them due to drug tolerance, the user becomes more susceptible to pain. This can then lead to physical dependence, addiction and, potentially, overdose.

The epidemic facing our community and country effects men and women of all ages and income levels. What started as a prescribed medication to deal with pain can lead to an addiction that could ruin—or even end—someone’s life. It is destroying families and we are ready to do what we can to put an end to it.

In 2016, one in 65 deaths in the United States involved opioids — and among younger adults, that number skyrocketed to one in five, according to a new study.

Data has shown for years that deaths involving both prescribed and illicit opioids are rising sharply. They’ve nearly doubled since 2009, and have infiltrated all genders, demographics and geographic areas, according to Centers for Disease Control and Prevention (CDC) data. The new study, published Friday in the journal JAMA Network Open, puts some of those numbers into new perspective.

The paper used data from the CDC’s WONDER database, which tracks mortality data and causes of death in the U.S. Researchers first isolated all opioid-related deaths recorded between 2001 and 2016 (335,123 in all), then broke those down by age groups and years.

“Premature death from opioid-related causes imposes an enormous and growing public health burden across the United States,” the researchers write. “These trends highlight a need for tailored programs and policies. 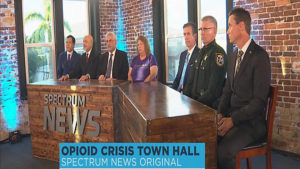 MANATEE COUNTY, Fla. — Spectrum 13 News is taking a unique look at how the opioid crisis and heroin epidemic are affecting the children and families of addicts.

“I think we’ve been doing a lot of talking for a couple years,” said Gerrie Stanhope, President of Silent No Longer. “We need more action. We need treatment centers in Manatee County. We need funding for people that don’t have insurance or money to go into treatment centers. There’s a lot of work to do.”

As for Denochilo, she said she’s close to regaining custody of her children. She hopes participating in the documentary​ will help others.on. We need treatment centers in Manatee County. We need funding for people that don’t have insurance or money to go into treatment centers. There’s a lot of work to do.” 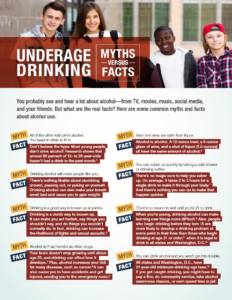 TALLAHASSEE, Fla. – The Florida House’s version of legislation to combat the state’s opioid epidemic is headed to the floor.